The Silk Road is a modern term for the ancient trade route that linked China to Europe. Today, a New Silk Road is being created, which has the potential to produce economic productivity for all involved.

The Silk Road is a modern term for the ancient trade route that linked China to Europe, through Central Asian roads. From around 200 B.C. through the time of The Crusades, silk, as well as other goods, were transported 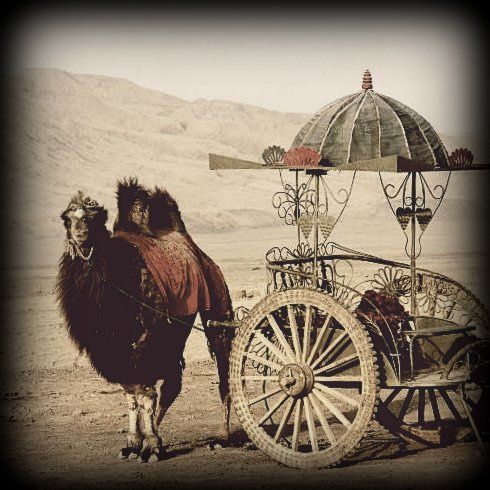 across the Silk Road. The impact of a massive trade route between the east and west had a major impact on the people of that time. As goods were traveling back and forth, so were ideas. Different technologies and ideologies were shared and spread about in civilizations set up in China, India, Europe and the Middle East. By sharing all these incredible things, every civilization that had a stop along the route was bettered by this new information.

Today, there has been a resurgence of support in connecting the east and west through trade. A New Silk Road is being created, which has the potential to produce economic productivity for all that are involved. The Baku-Tbilisi-Kars railway is another step towards recreating the ancient Silk Road.

Initially supported by Kazakhstan and China as a way to transport their products to the European markets, the Baku-Tbilisi-Kars railway was designed to connect the transportation systems of Azerbaijan, Georgia, and Turkey. However, more countries in Central Asia have begun to display interest in joining the railway. Turkmenistan, Uzbekistan, and Afghanistan have presented plans to join the railway. These countries in Central Asia seem to have a lot to gain from being a part of the new Silk Road.

Acquiring resources has never been a problem for these countries. According to a report by the Organization of Economic Cooperation and Development, Kazakhstan has oil reserves to last for at least the next 65 years, and coal reserves to last 308 years. Turkmenistan has natural gas reserves to last for 223 years. Uzbekistan has large natural gas reserves as well. Kyrgyzstan and Tajikistan have incredible potential in hydropower, and like Afghanistan, have huge precious metal reserves. With most of these countries being entirely land-locked, they have been struggling to find a way to get these resources to other emerging markets. The Baku-Tbilisi-Kars railway could fix this problem.

Through a series of ports, tunnels, terminals and rail sections, the Baku-Tbilisi-Kars railway will prove the basis for development and diversification of the Central Asian economies, which will only lead to economic growth. By using modern railway technology, the Baku-Tbilisi-Kars railway will be the most direct and efficient route between China and Europe and trade between the regions will intensify.

According to official Chinese data, trade turnover between China and Europe was over $400 billion. With projects like the Baku-Tbilisi-Kars railway, as well as others, making trade between the two regions cheaper and easier, that figure has the potential to reach $1 trillion. With that much money flowing between China and Europe, the countries that look like gaining the most from a new Silk Road are those located in Central Asia. These land-locked countries are about to be opened up to the world, and the frontier investors in those projects look to gain the most from its expansion.

Paul Henderson is an experienced frontier markets investor and has previously lived and worked in Central Asia for several years. He is currently an Associate with Sturgeon Capital, the leading investment management specialist focused on Central Asian markets.